This summer we want young people to discover Europe!

The #STANDFORSOMETHING project has launched a Social Media Competition, active from 30 July to 12 August, 2021.

Have the chance to visit Portugal or Slovenia by filling out our survey. We want to know how young people want the #FutureofEurope to look like. 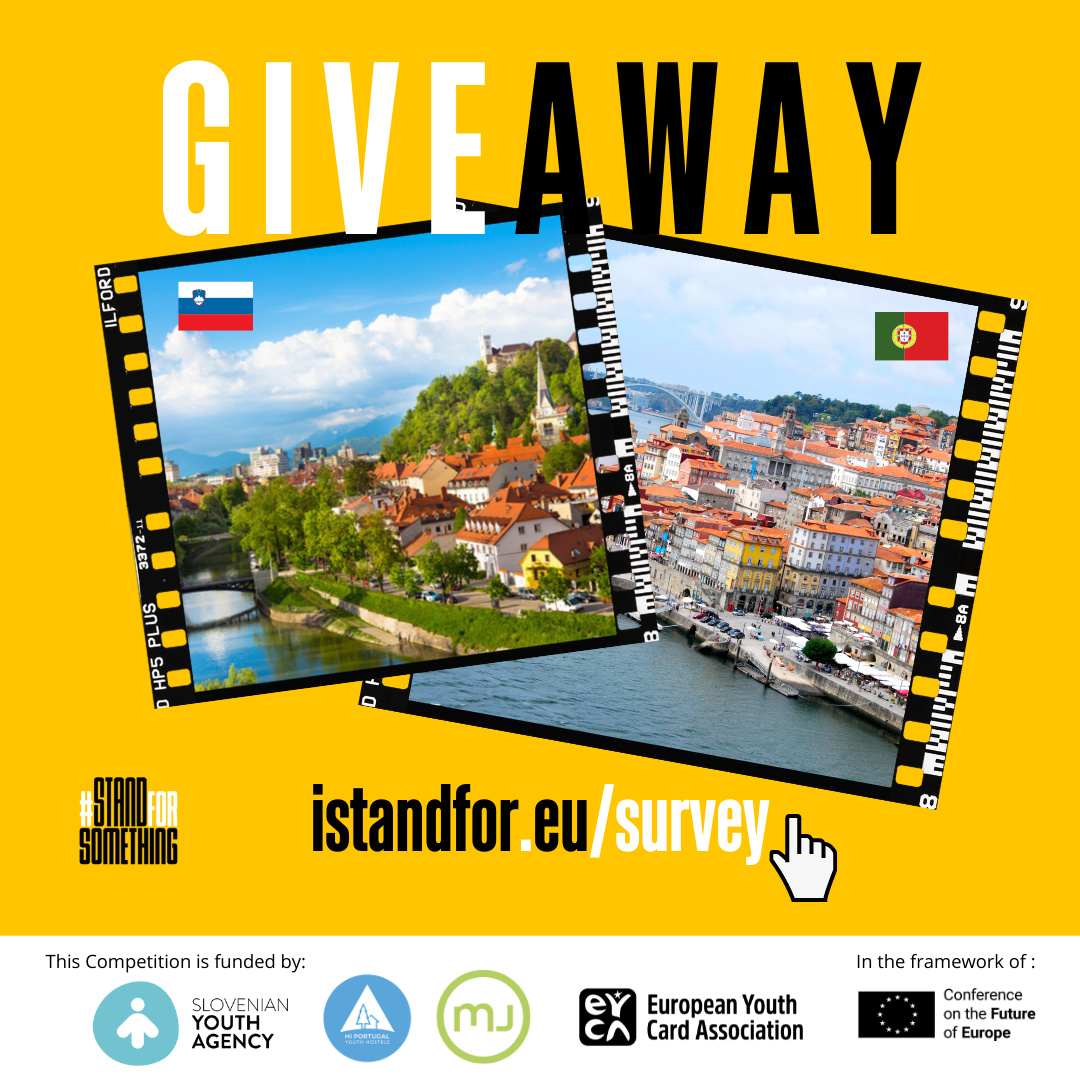 There will be four winners of this competition:

-Three prizes consist of two nights accommodation in a double room in a Portuguese Youth Hostel managed by Movijovem.

-One prize consists of a two nights trip to Ljubljana (Slovenia). Travel (up to 500EUR), accommodation and food will be covered for two people by SLOAM, Agencija za mlade.

If you are under 31 years old and would like to have a say on important stuff that may change the future Europe, here’s how you can participate:

1. Fill out the #STANDFORSOMETHING survey.

3. Include the following sentence as a comment on the Stand For Something post/s of the competition and challenge 3 friends by mentioning/tagging them: I stand for ___________ (participant’s main concern about the future of Europe) How about you? What do you want the future to look like? Fill out the #STANDFORSOMETHING survey. #TheFutureIsYours @friend1 @friend2 @friend3

The survey and research project is co-funded by the European Parliament and conducted by the European Youth Card Association (EYCA) and its partner organisations. Results will be feed into the Conference on the Future of Europe and used to advocate for more youth-friendly policies at the European and national levels.

#StandForSomething is a youth-led campaign with citizens’ outreach events being held across 16 European countries. At its core are 21 Youth Activists, each driven to gather the views of their peers and bolster youth-involvement in the Future of Europe Conference. The ideas gathered by these young volunteers during their outreach activities will also be included in the research and be fed into the Future of Europe Conference.

Find out more about the #STANDFORSOMETHING campaign.